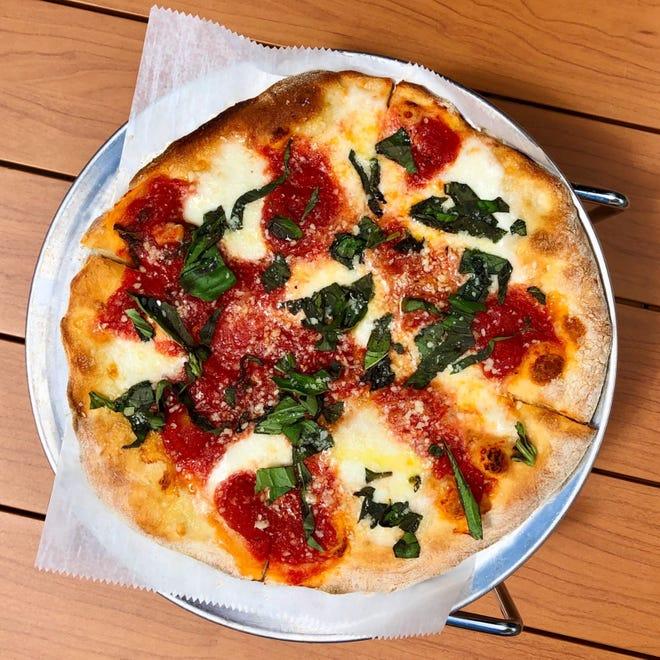 Pizza joints are popping up all over Palm Beach County. From gourmet pizza blessed by the smile of Sophia Loren to Sunday-only pizza with a cult following, there’s a hot pie for you out there in this new crop of pizzerias.

Where to find a nice slice during National Pizza Month (otherwise known as October)? Here’s a weeks-old spot with plenty of promise and, below that, a half dozen other pizza shops that debuted during the pandemic.

Frank Crupi describes his new restaurant as the kind of “gourmet pizza” place one might find in Philly, New York or New Jersey.

“But it’s also a throwback to the old pizza parlors where families and couples, business folks and little league teams came in,” Crupi says of Pizzeria Sophia, the restaurant he opened in suburban Delray Beach on Sept. 8, the day local restaurants entered Phase 2 of the state’s reopening plan.

For more than a decade, Crupi was a partner at a popular pizzeria in Miami’s trendy MiMo district. But he fell for southern Palm Beach County, where he visited often to play for a local baseball team. And there was something about the rumble of construction west of the Florida Turnpike that made him want to open a restaurant in the Delray suburbs.

“I wanted to be a part of what was happening,” says Crupi.

The pizzeria’s name was inspired by Sophia Loren, the Oscar-winning Italian film icon, whose photo graces a wall at Pizzeria Sophia. Crupi says he’s a big fan of her work, especially her pizza-vendor role in the Vittorio De Sica classic “L’oro di Napoli.”

“There’s an iconic photo of her making pizza that I’ve had for years,” he says. “When we were deciding on names for the restaurant, ‘Pizzeria Sophia’ sounded great and, more importantly, it paid homage to one of my favorite actresses.”

Crupi’s wish for the restaurant:

“I want to be the place where kids grow up eating the pizza and later bring their kids to do that same.”